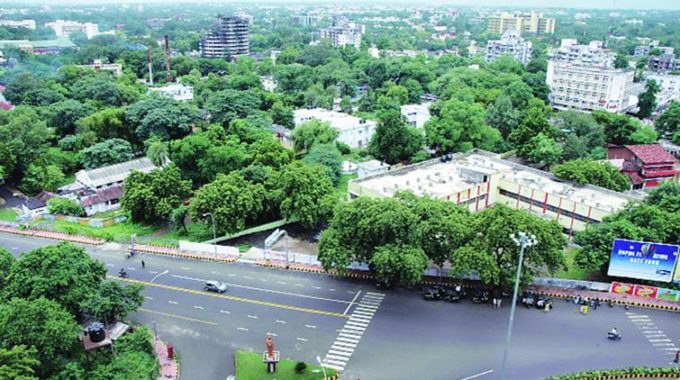 Nagpur: Though every panellist at this month’s TOI Debate felt that the city was ready for garbage segregation, with some also stating that the initiative should have been launched earlier, Anasuya Kale-Chhabrani, president of Swacch Association, felt that the idea of distributing dustbins was poorly conceived. “Instead people should have been educated before launching the initiative,” she said, while giving example of Indore, where a considerable amount of funds were spent on creating awareness about the Swacch Bharat Abhiyan to good effect.

Gynaecologist Dr Anuradha Ridhorkar pointed out the health issues that could arise out of improper garbage disposal. “People are still not aware about how garbage is polluting our water bodies and groundwater,” she said. Taking Ridhorkar’s point further, Shaima Kheta-Patel, a yoga teacher and homemaker, emphasized on taking responsibility as citizens. “The civic body is taking steps but 80% of the garbage segregation job has to be done by citizens,” she said.

Mehul Kosurkar, an activist, pointed out that the dustbins provided to citizens will last for only about a year. “The exercise is going to cost NMC Rs14 crore. It should have gone for less costly steps like creating transit stations where workers appointed on daily wages will segregate the garbage,” he said.

Kosurkar added that the problem is that even if garbage is segregated at source, it is being mixed at later stages and dumped at Bhandewadi. Anasuya Kale-Chhabrani said NMC should have separate compartments at Bhandewadi to keep segregated waste.

Dr Ashok Urkude, retired NMC health officer, felt that people are already aware and claimed that a lot of work was done during his tenure. “NMC had started door-to-door garbage collection in 2008. Now, people are asking for dustbins, but they can segregate garbage on their own too,” he said.

Taking potshots at the ruling party in NMC, city Congress women’s wing chief Pradnya Badwaik said the dustbins provided so far are of poor quality. “The initiative is nothing but propaganda,” she said, but agreed that creating awareness among citizens is key to success of the initiative.

Dr Ridhorkar stressed that citizens should decrease burden on civic workers by segregating garbage at their homes. “If space permits, they should also create compost pits on their residential premises,” she said.

When Badwaik said people don’t have time and the mentality to segregate garbage, Dr Urkude said then they can at least ask domestic helps not to dump garbage without segregating it. Anasuya Kale-Chhabrani added that NMC should deploy ragpickers as they are one of best mediums for segregating garbage.

Sharing her experience, Dr Ridhorkar said the garbage collection vehicle skips some areas. “Another reason for non-segregation is that people are not scared of littering,” she said.

In continuation of the #OnMyPeriod initiative towards menstrual hygiene education, awareness and capacity building, Swacch Association and…